The wealthy, immoral and politically incorrect protagonists in N12 series Exit have a broad appeal and capture a youth audience. More than four out of ten 19-29-year olds have watched the series. Head of Drama Ivar Køhn offers some possible reasons.

Popular series Exit has been successful on streaming services in particular. In spite of transgressive content, NRK have not received a single complaint.

When the first episode of Exit Season 1 hit the screens on NRK’s flow TV and streaming service, 2.2 million Norwegians tuned in.

In a country of just 5.4 million people, this is a viewing figure of Olympian proportions. Little wonder then, that Exit takes its place at the top of the most streamed drama series in Norway of all time.

NRK’s own youth drama series SKAM and DR’s and SVT’s thriller Broen were also popular among younger people, but with 1.66 million viewers per episode on streaming alone in its first season, Exit is quite exceptional. With Season 2 reaching almost the same number of viewers, expectations are high for season 3 in 2024.

Nordic viewers were hooked from the very first episode of the series. 97.6 % stayed with it from start to finish and watched all episodes.

“The completion rate is quite spectacular. 97.6% is a seriously high figure. We normally consider 80% as being really good,” says NRK’s Head of Drama, Ivar Køhn.

Not only has the series reached the normally hard-to-reach group of younger viewers, it scores on a number of other fronts as well. It is equally as popular with women as it is men, among higher educated and lower educated audiences, and in both cities and rural areas. In other words, it has proven a real “segment smasher.”

Portraying a tempting way of life

Exit depicts a group of wealthy members of Norway’s financial elite, living an unscrupulous life in the fast lane full of parties, drink, drugs and prostitutes. The series is based on interviews with real-life wealthy high-flyers, who on condition of anonymity relayed stories of their extreme lifestyles to scriptwriter Øystein Karlsen. And exactly this knowledge, that the series reflects a true story, has been an important factor in its success, Ivar Køhn believes.

No decision-maker should play God, because there is no such person. Not at NRK, in any case.”

He believes that it is important from a public-service perspective to portray an environment that really does exist. The fact that fiction reflects reality has been a conscious element in marketing the series.

There are two seasons of Exit so far,from 2019 and 2021 respectively and it is part of the N12 Nordic drama partnership, with the five partners committed to delivering a total of 12 drama series between them into a shared a pot every year.

Ivar Køhn is a firm supporter of the N12 model, where everyone trusts that each partner strives to present quality drama.

“If we get two or three top quality drama series in a year, then it’s worth it,” he says.

Another significant reason for why Exit has become hugely popular, not only in Norway but in the whole Nordic region, is that it is produced with streaming in mind rather than the TV schedule.

“We need to get out of the scheduling mindset and focus more on content that is so good that people will choose it.”

Ivar Køhn has noticed a quirky detail about the fact that Exit is primarily streamed.

“If we had broadcast Exit on a linear schedule on primetime TV, it’s guaranteed we would’ve received a lot of complaints. When people stream and actively choose what they want to watch themselves, we never get complaints, not a single one. Quite the opposite.”

The head of drama would like to see a strengthening in international cooperation, which should include broadcasters in several European countries and if possible inspired by the N12 model.

He points out that streaming services like Netflix and HBO only need to ask in one place in order to sell a series, which in theory can then be streamed all across the world.

“On the other hand, we maybe need to talk to 150 people in order to secure the same funding. It is extremely difficult.”

Despite competition coming mainly from streaming platforms and being up against international giants, this does not mean Ivar Køhn takes a more Nordic or international approach when it comes to defining a target group.

“First and foremost we think about Norwegian content for a Norwegian public. It does no harm to test things out against internal series and get external feedback, but we’re never concerned about what suits the Swedish, German or Danish viewers,” says Ivar Køhn, adding that screenwriter Øystein Karlsen sends his script to contacts in the other Nordic countries to for review, and in that way gathers feedback from a non-Norwegian perspective.

In recent years, NRK has been leading the Nordic countries when it comes to TV drama with, for instance, SKAM and more recently Atlantic Crossing. Ivar Køhn thinks part of the reason lies in having a clear management strategy.

“Managers at NRK have been very clear in saying: ‘Our emphasis will now be on TV drama, and we are prepared to invest in that.’ TV drama is no less important than discussing society and news stories. They’ve said, ‘This is what we want to do’ and doubled the budget.

There is no God at NRK

Another explanation, according to Ivar Køhn, is that NRK has developed a good partnership between the film and TV sectors and an environment where each everyone respects the other. Internally, there is a degree of coordination between the children’s, youth and adult drama sections, and one of the benefits is that talent can flow between them. Marianne Furevold, for example, former producer of youth series SKAM, is now also a producer of Exit. Also, the organisational structure is flat:

“No decision-maker should play God, because there is no such person. Not at NRK, in any case,” Ivar Køhn makes clear.

Exit is a hit in the whole Nordic region

The Norwegian N12 series has captured a large audience and demonstrates a dramatic change from flow TV to streaming.

“It really has to be said. Viewer success is the key,” says Amna Maksumic, project manager in charge of N12 at SVT.

“Yes, without a doubt. Exit was the number one streamed series of 2021,” says Valgeir Vilhjálmsson, head of marketing and research, and he adds,
“I have to say, those were the best viewing numbers in N12 drama streaming we’ve ever had. SKAM certainly was the first huge streaming success, but changes in the way viewing takes place mean that a dramatic shift towards streaming. However, Broen did better in terms of traditional indicators,” he says.

Exit also stood out at DR.
“For a foreign drama series, it has been given complete approval,” says head of media research Dennis Christensen.
According to Gitte, Exit also engaged audiences to an unusual extent.
“The exciting thing about Exit is that viewers enjoy it and discuss it with people of different age groups. Also it is definitely a drama for streaming, one which people want to watch in one go.

She also reports that thousands of Finns celebrated on social media when it became clear a third season was in the making.

Below is an overview of Exit ratings for its first two seasons in the Nordvision countries.
• Streaming was clearly preferred in all countries.
• 36 percent of the entire Norwegian population watched the first season.
• During Season 2, viewing ratings dropped a little across all countries except Denmark, where figures tripled. 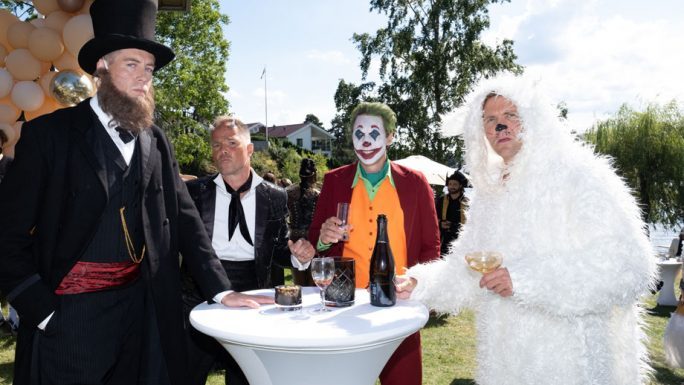 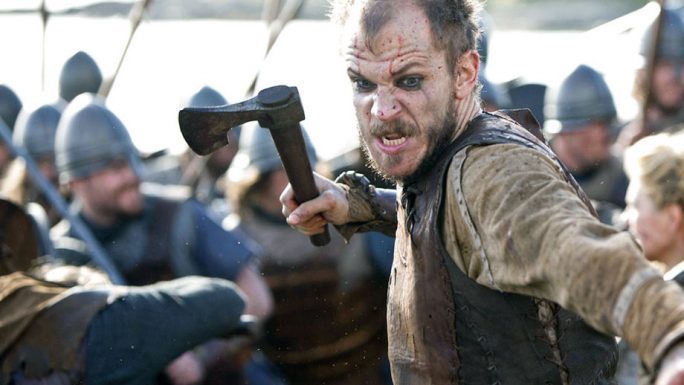 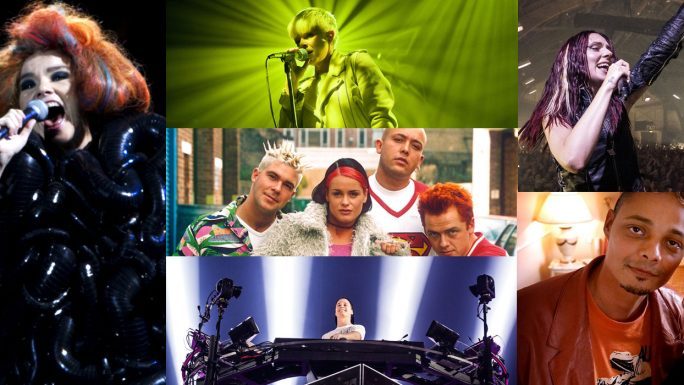